On Tuesday, December 20th, the game will undergo maintenance for a new update.
Please keep in mind that you will not be able to access the game during maintenance.

※ All screenshots were taken on the test server and may differ from the official release.
Please refer below for the details. 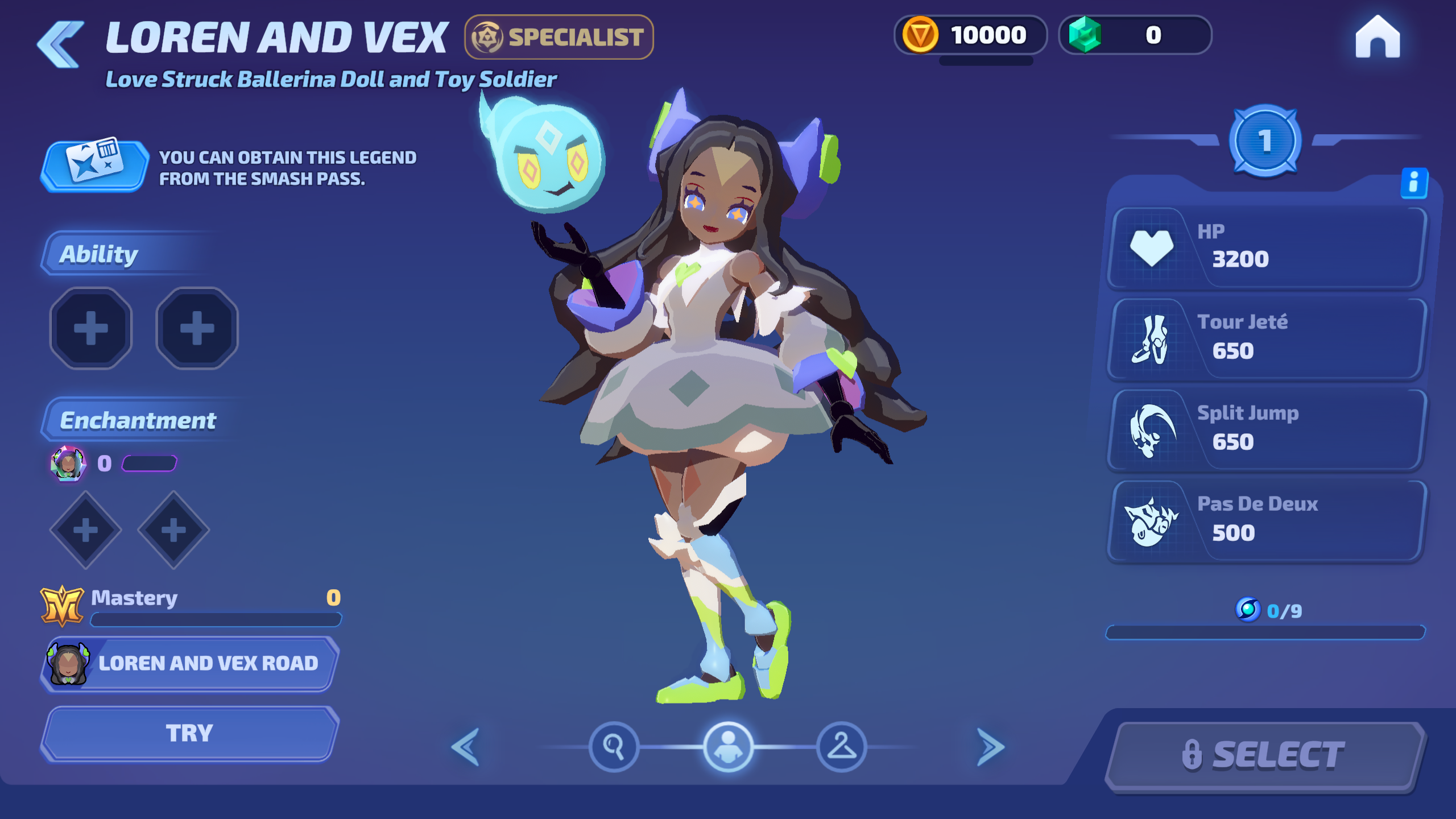 🩰 Introducing Loren & Vex💂‍♂️
Loren, a ballerina doll who lived inside a cabinet cut off from the outside world, is given a fresh start in life after meeting the one-legged toy soldier, Vex. Now, Loren and her lover Vex plan to live a new life in Library World.

🩰Loren & Vex’s Attack💂‍♂️ (At Level 1)
1) Tour Jeté (Basic Attack)
Deals 650 damage with her strong legs. When used as Aerial Attack, she slams down on the ground to deal 250 damage, then used the recoil to go back up in the air for another strike.

2) Split Jump (Skill)
Jumps briefly into the air, splitting her legs and striking down to deal 650 damage. When used as Aerial Skill, she does a quick spin that deals 450 damage.

3) Pas De Deux (Ultimate)
Summons her lover, Vex. Vex fires his gun and deals 500 damage. Receives 60% less damage when Vex is within a certain range of Loren. If Loren summons Vex to another location, the former Vex will explode, dealing 1,000 damage before disappearing. If Loren is smashed, Vex will also disappear.

🩰Loren & Vex Abilities💂‍♂️ (At Level 1)
1) Solo Stage
Required Ultimate gauge increases by 50%, but all of Loren’s attacks also increase by 40%.

3) Step Up
Decreases Skill cooldown by 0.4 sec every time an enemy is hit with Basic Attack.

4) Bodyguard
Begins the match with 34% of Ultimate gauge charged. This does not activate upon revival. Vex now appears with an explosion that deals 600 damage and reduces Movement Speed by 20% for 2 sec. 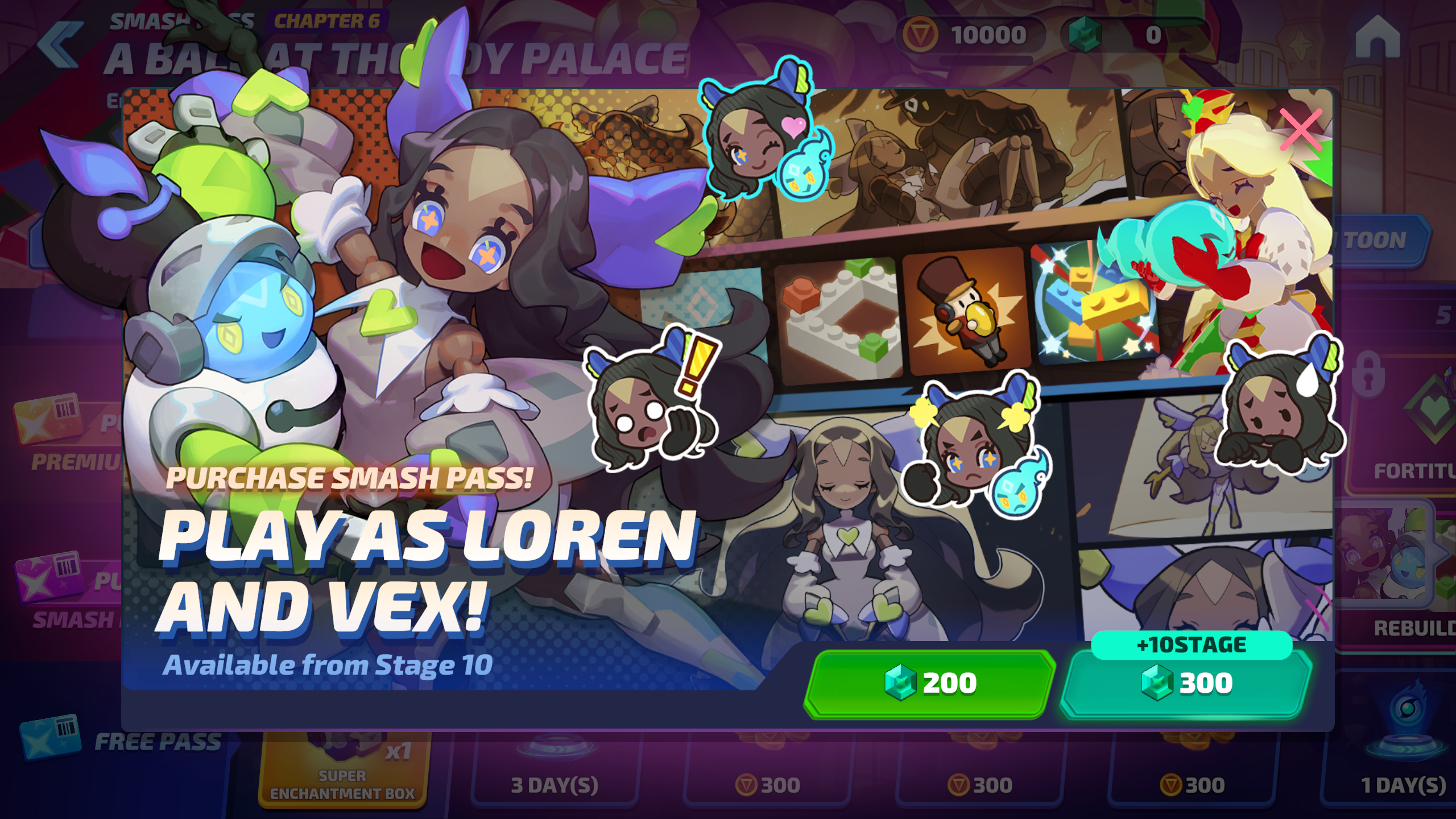 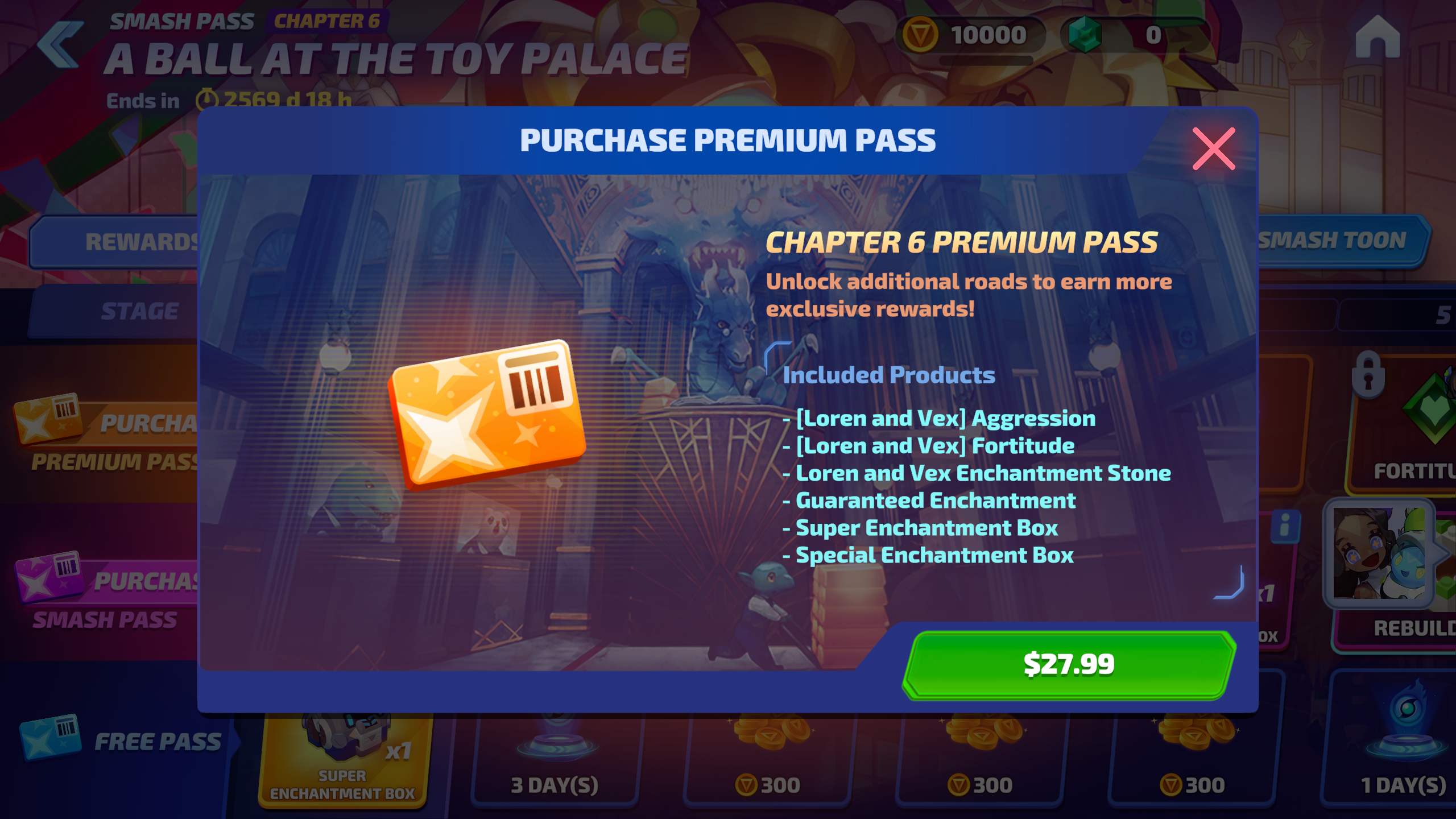 – The 7th season of Competitive Match finished with a bang!

– We are distributing rewards to Smashers who participated in Season 7 based on their tiers!
– Special rewards are also available to those who played 20 Competitive Matches or more regardless of their tiers.

👯 Team Competitive Match Beta Season Extended
– During the beta of the first team competition last season, far more players participated than before. We would like to thank everyone who took part and plan to continue the Team Competitive Beta for one more season. We are currently working on improving our shortcomings to bring an overall better experience. Your feedback and participation are greatly appreciated. 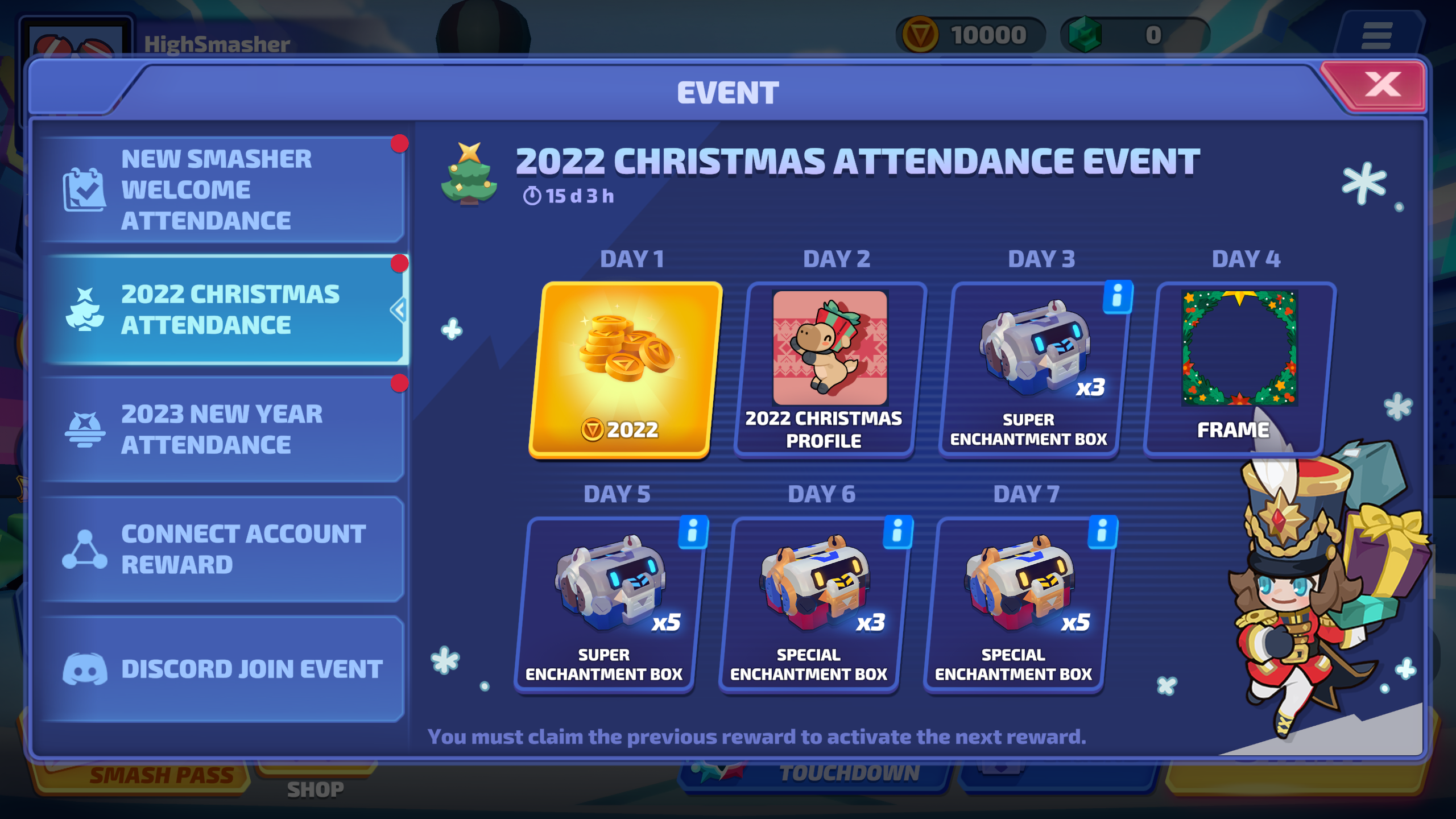 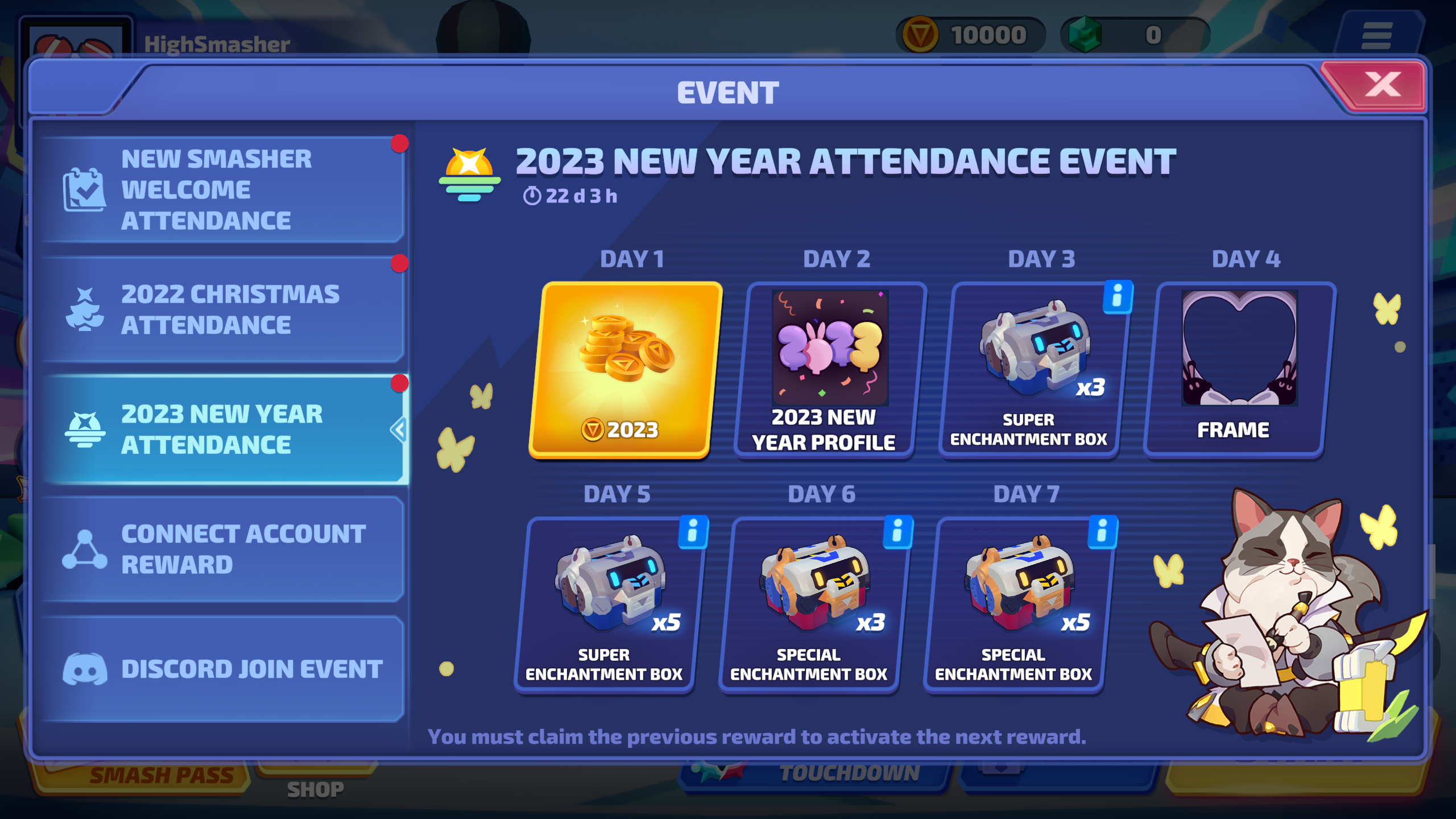 – Plenty of gifts are waiting for you, so please log in and get them all!
– Also, there is a surprise gift in commemoration of the new year, so please check the Shop during the weekend! 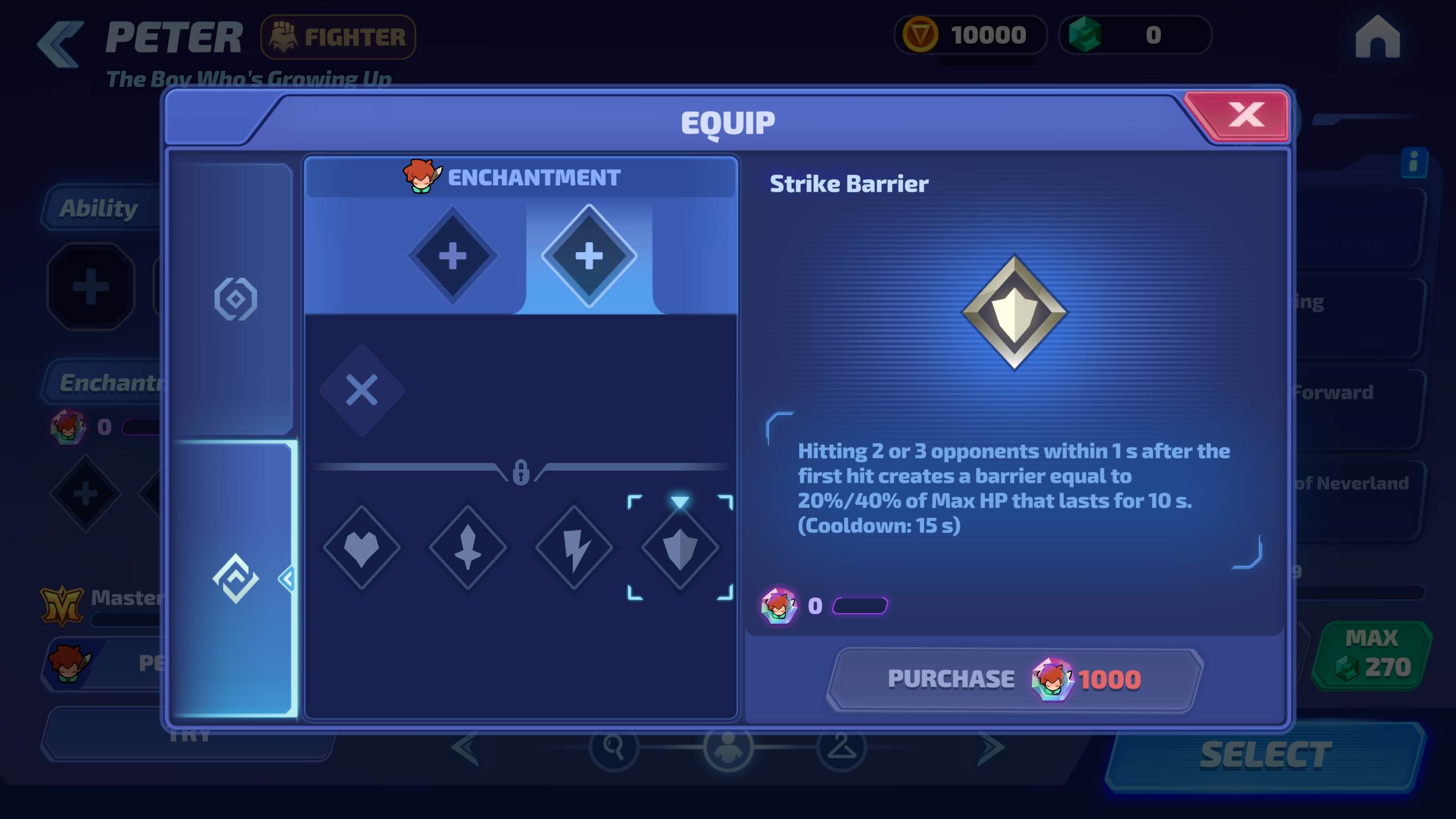 – New Enchantment: “Strike Barrier” has been added.
– Strike Barrier: Hitting 2 or 3 opponents within 1 s after the first hit creates a barrier equal to 20%/40% of Max HP that lasts for 10 s. (Cooldown: 15 s)
– In celebration of Strike Barrier’s release, we have prepared a package so all of you can experience this new Enchantment right away. Check out the Shop for the Strike Barrier Boost Package!

We have prepared bountiful packages to celebrate Christmas and the end of the year with our Smashers!👏👏👏👏
Check out these never-before-seen value packages right now! 🙏

🎄Christmas Skin Discount Sale
– Christmas Legend skins are being sold as a package at a huge discount.
– This discounted package is being sold for a limited time only. (Dec. 20, 2022–Jan. 03, 2023) 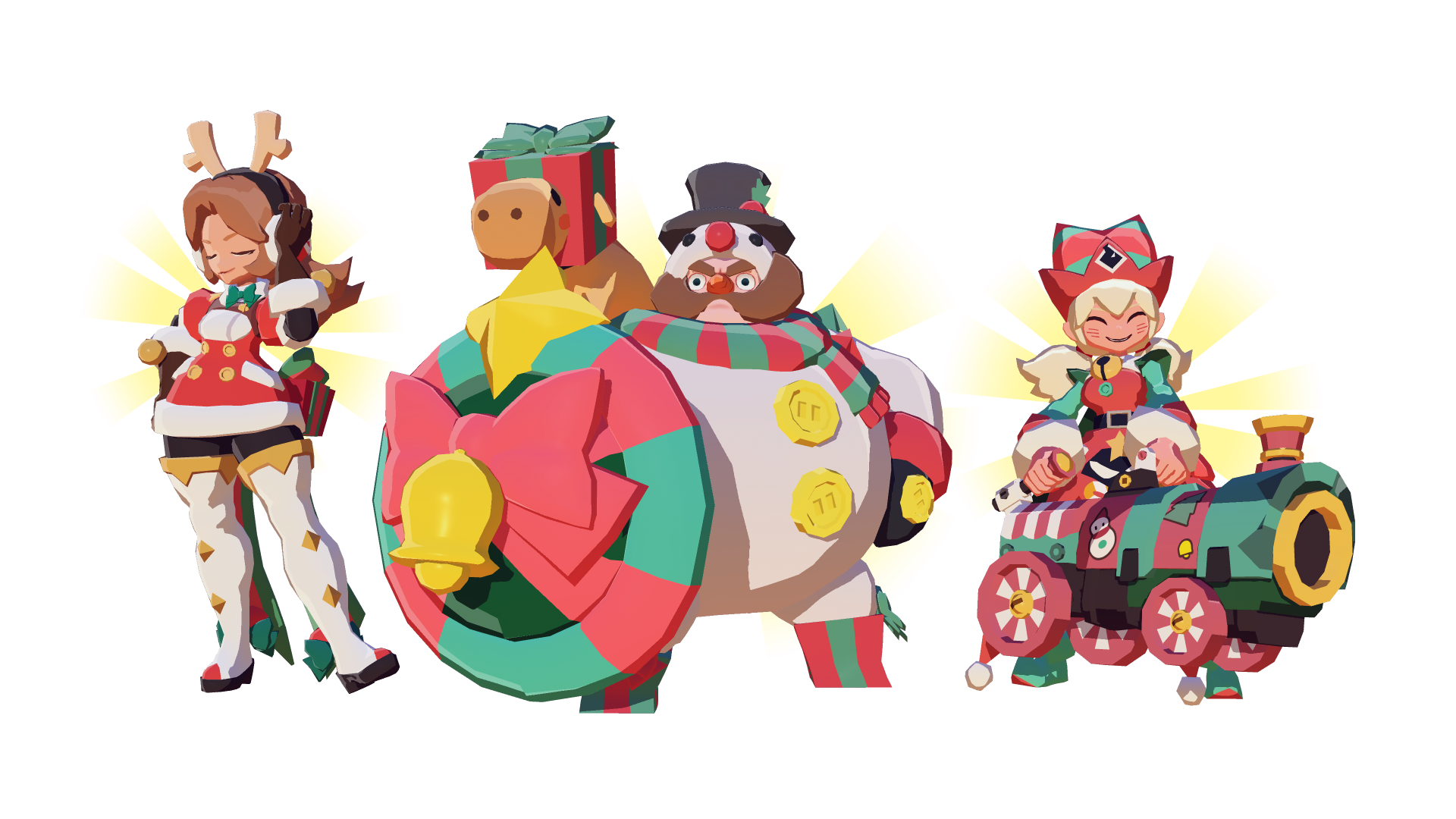 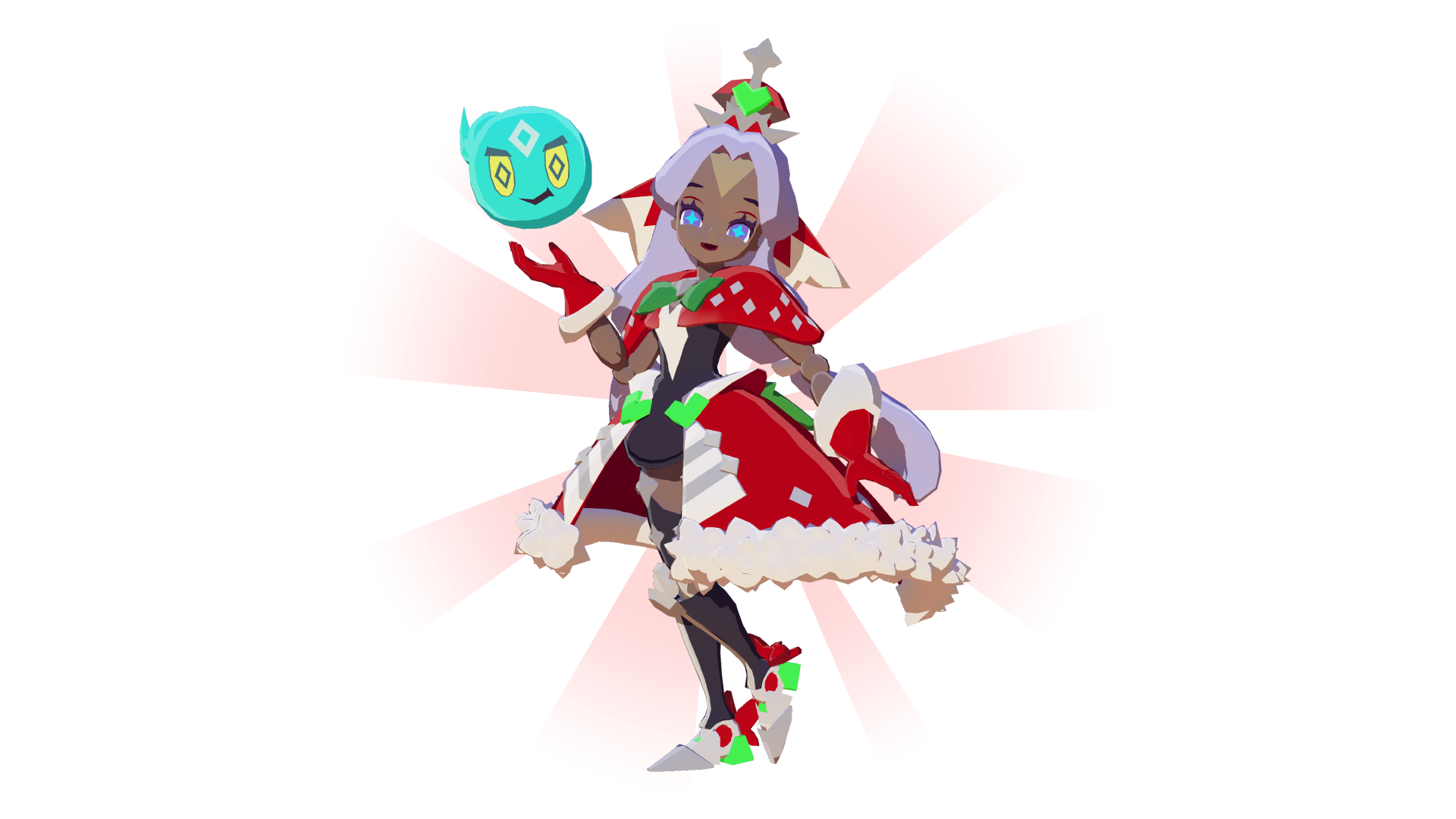 ■ System Improvements
– You can find play tips on the Matching screen.

■ Miscellaneous
– The Lobby and BGM have been changed to a Christmas theme.

We would like to thank our Smashers from the bottom of our hearts for loving, supporting, cherishing, waiting patiently, and being with us in SMASH LEGENDS for 2022.