On Tuesday, August 30th, the game will undergo maintenance for a new update.
Please keep in mind that you will not be able to access the game during maintenance. 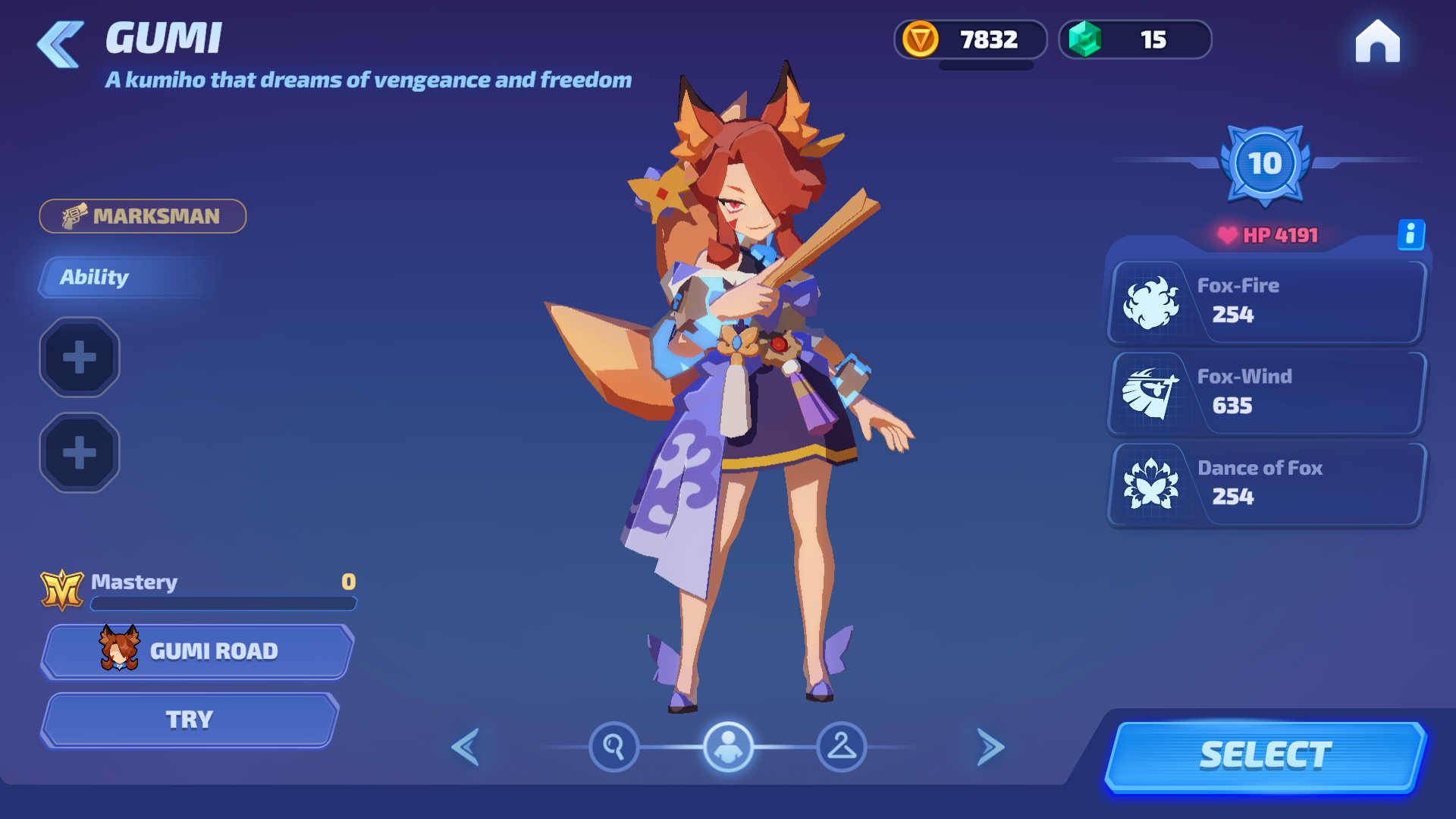 🦊 Introducing Gumi
: Gumi, a former leader of a small criminal gang, was imprisoned after becoming involved in an incident with Peter and his friends. However, after striking a deal with 7D, she is granted parole on the condition that she participate in SMASH LEGENDS. Gumi fights for her freedom and vengeance with her newly discovered abilities.

3) Dance of Fox (Ultimate)
Does a fan dance while rushing towards the opponent, dealing 200 damage. Deals 400 additional damage per stack on the opponent. If there are 4 stacks, Ultimate cooldown is reset.

🦊 Gumi’s Ability (At level 1)
1) High Spirits
Decreases Skill cooldown by 0.13 s every time an enemy is hit with Basic Attack.

2) Nocturnal Hunt
Increases Movement Speed by 30% for 1 s when Ultimate is available.

4) Ace in the Hole
Increases Skill damage by 30%. However, Skill does not stack any more. 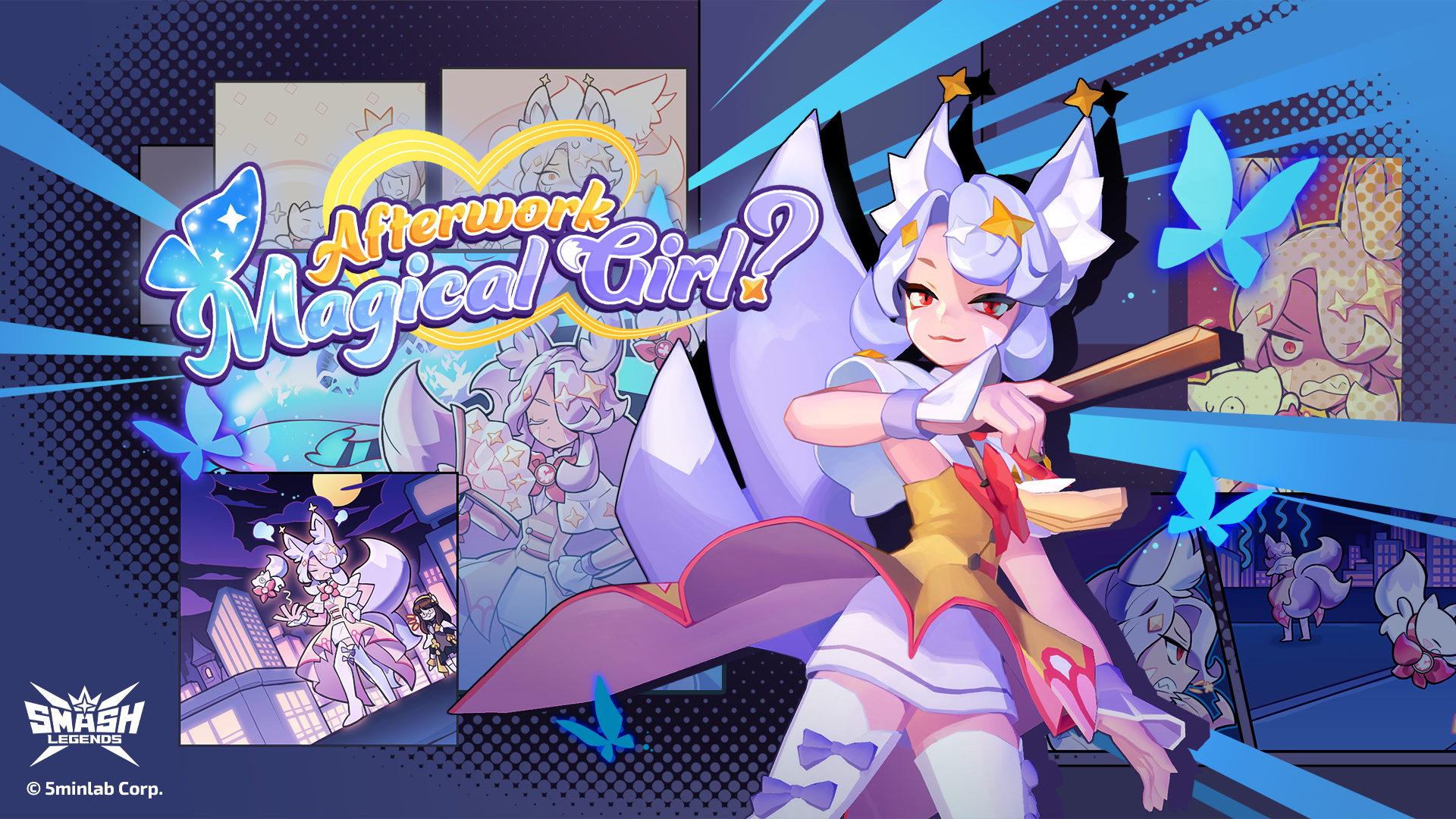 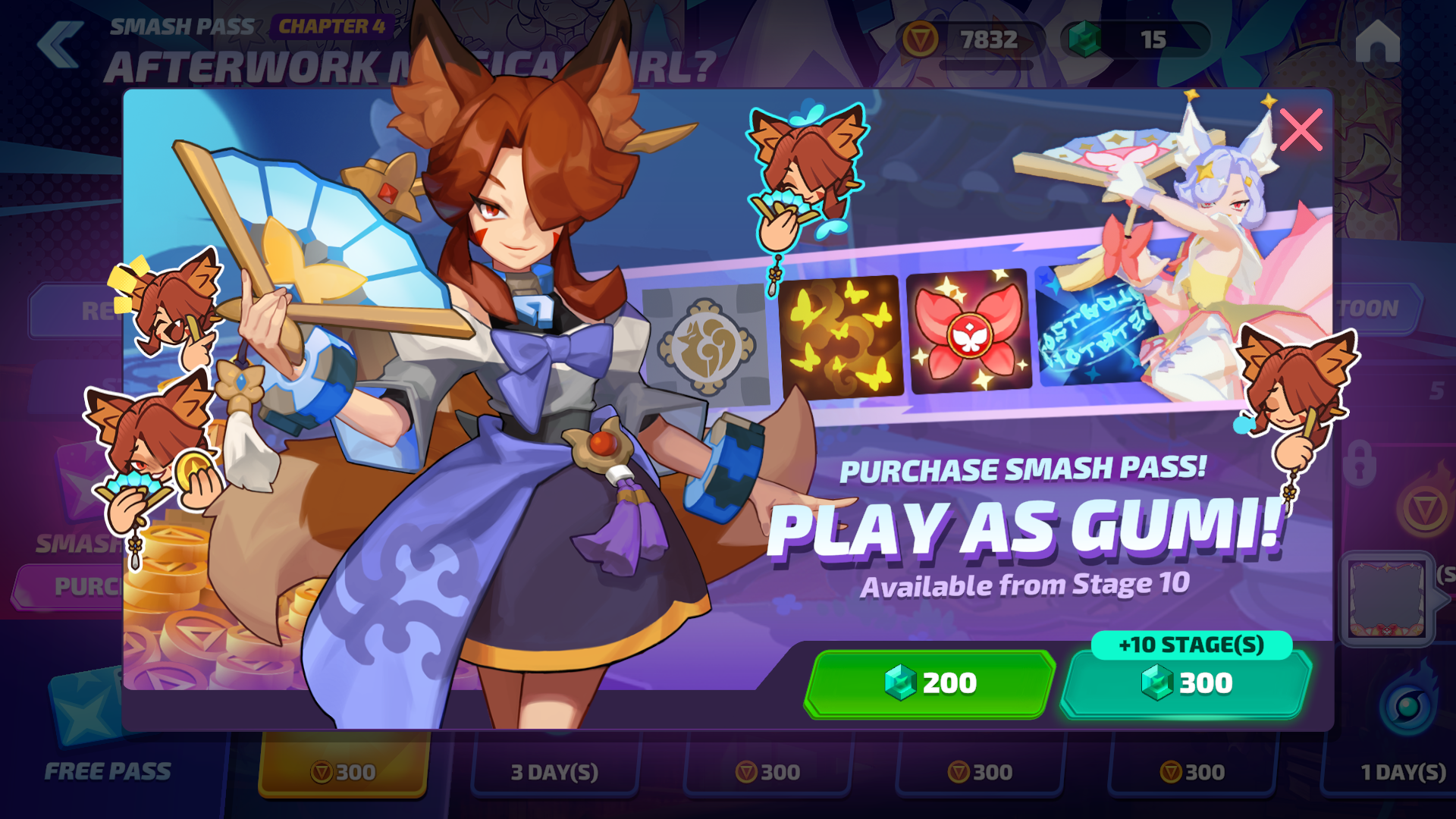 – The third season of Competitive Match finished with a bang! 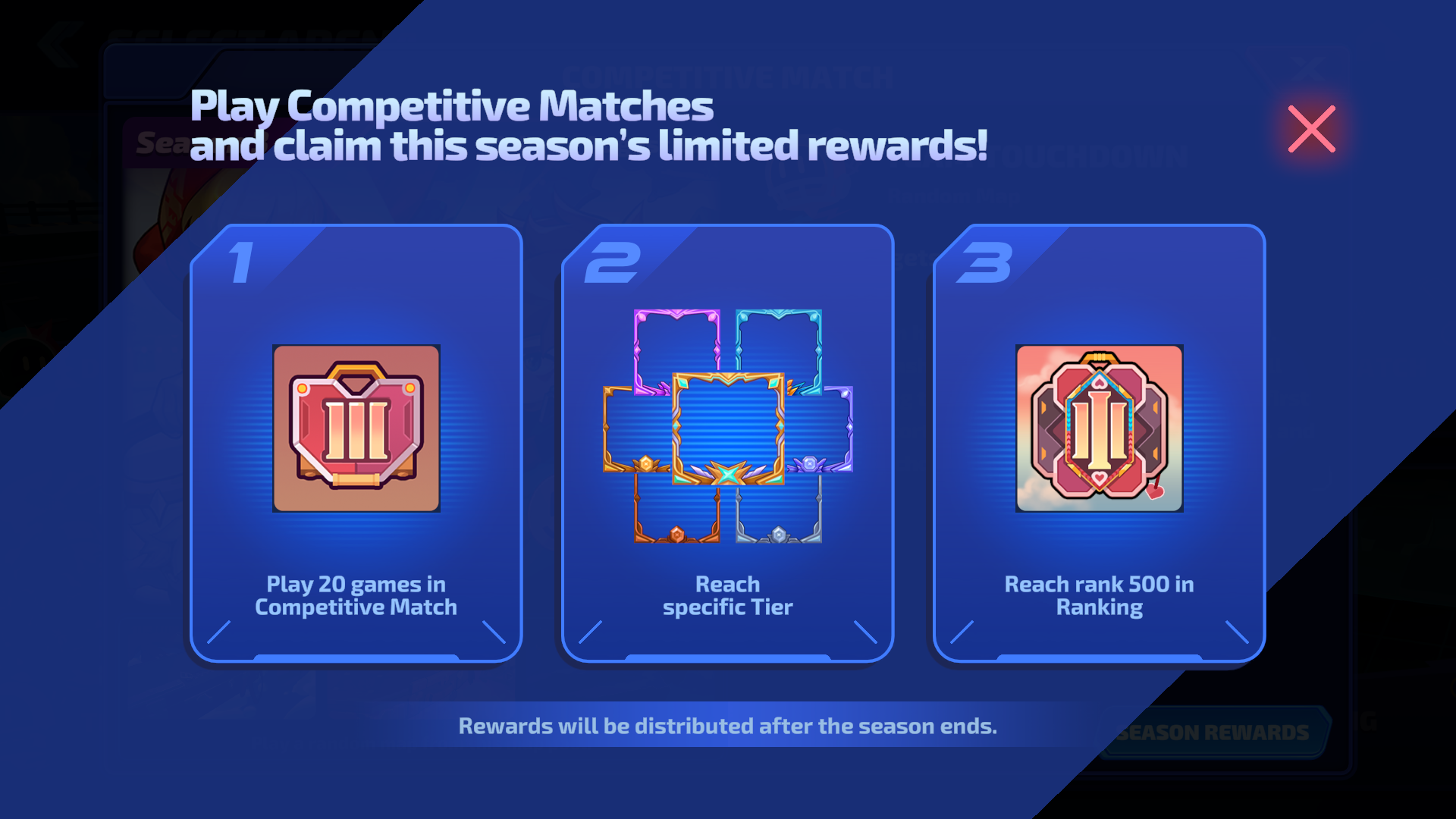 – We are distributing rewards to Smashers who participated in Season 3 based on their tiers!
– Special rewards are also available to those who played 20 Competitive Matches or more regardless of their tiers. 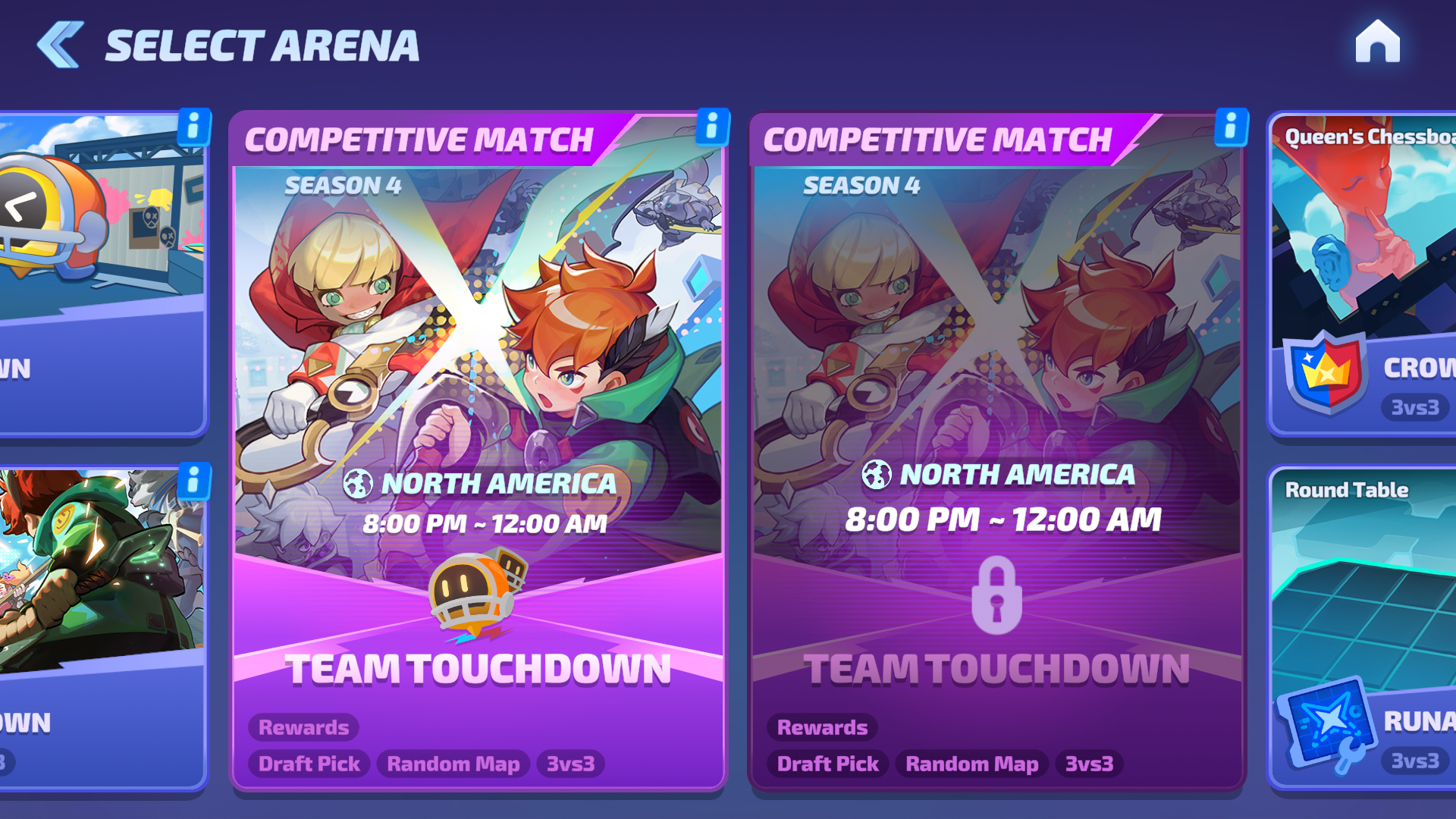 – Competitive Match is now only available during specific hours of the day for each continent.
– Along with the daily operated hours, matchmaking rules has changed to match users with similar tiers.

✔ Note
– Competitive Match will only be available during its operation hours.
– Players will be automatically assigned to the best server on the continent based on their network environment.

– Arena Lab’s Mode rotation has changed from once per week to once every two days.
– Players will be able to experience all the Arena Labs modes released, so please check them out.

✔ Note
– Please check out the “SMASH LEGENDS Library Guide“ for more details about each mode! 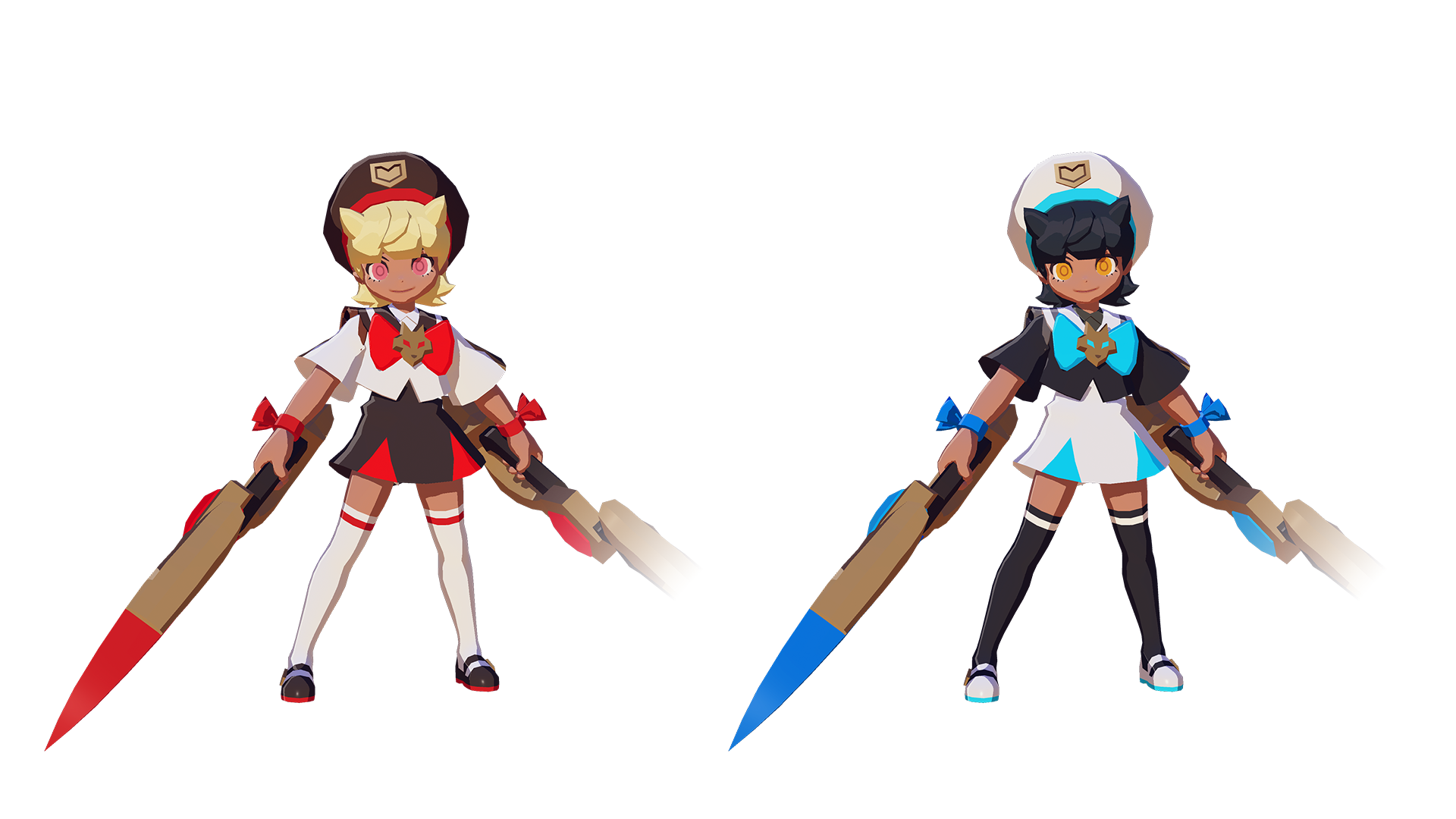 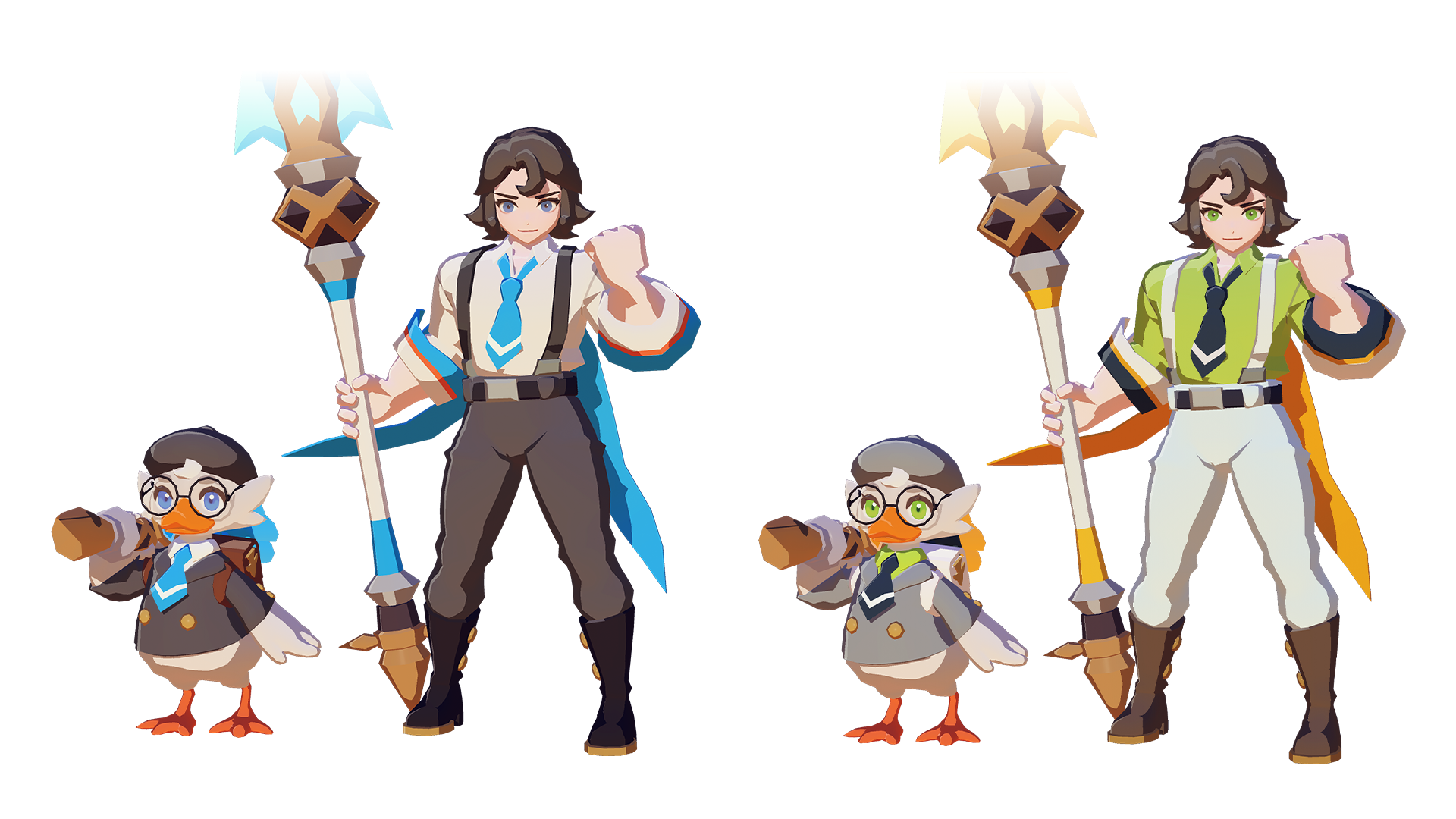 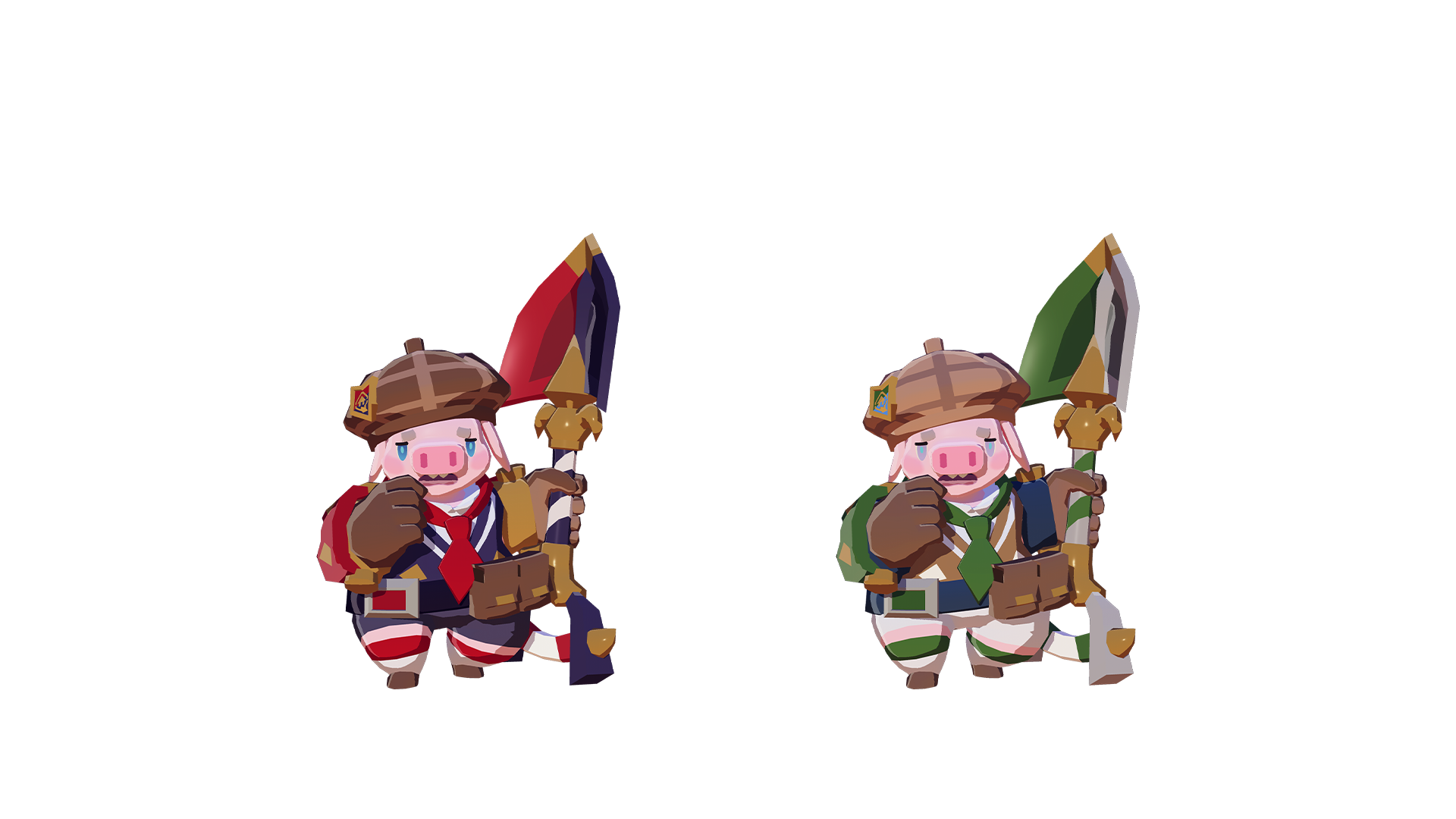 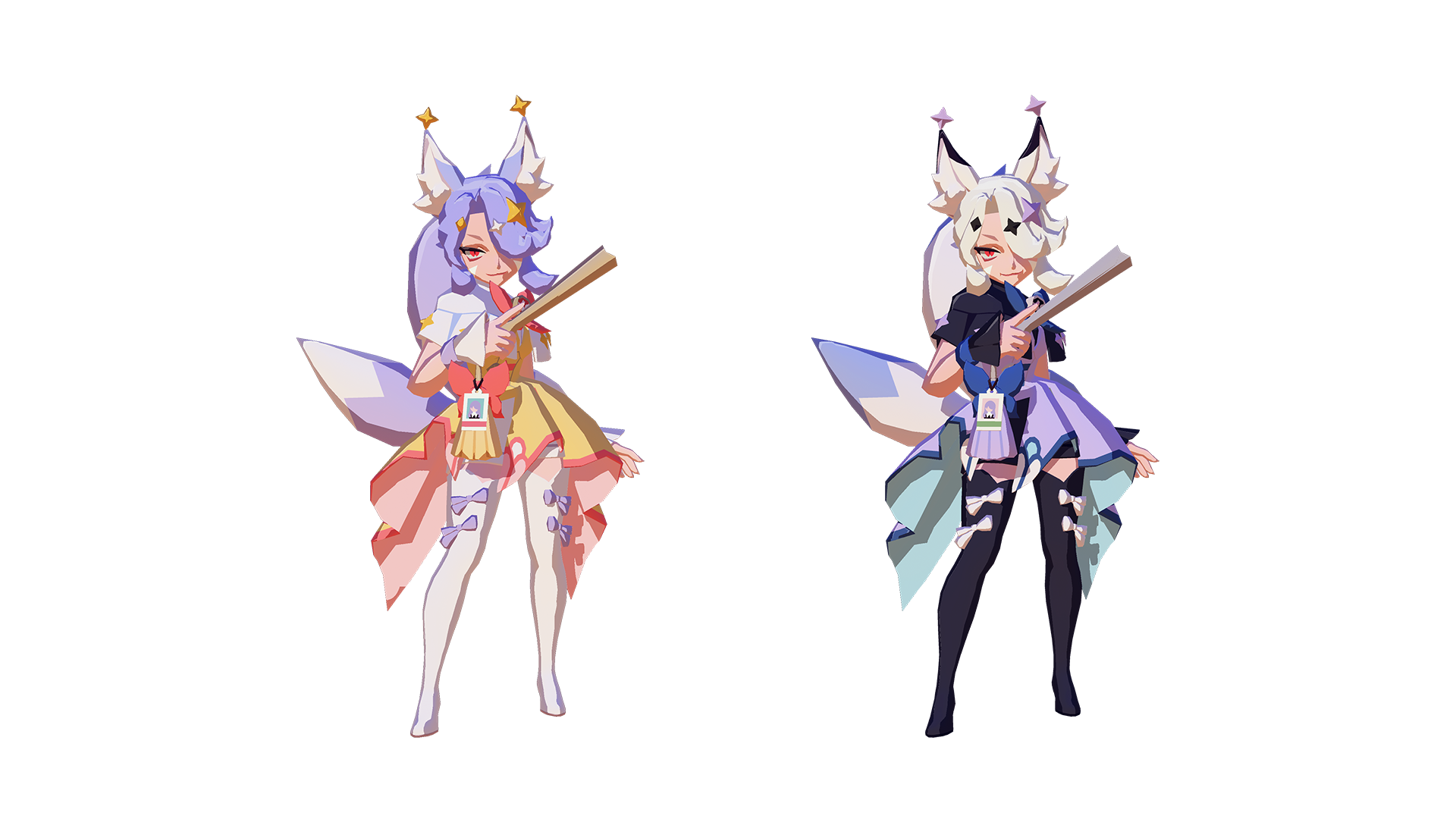 – Obtain 100% more Credits during this time.
– Any additional Credits earned will not be deducted from the Credit cap. 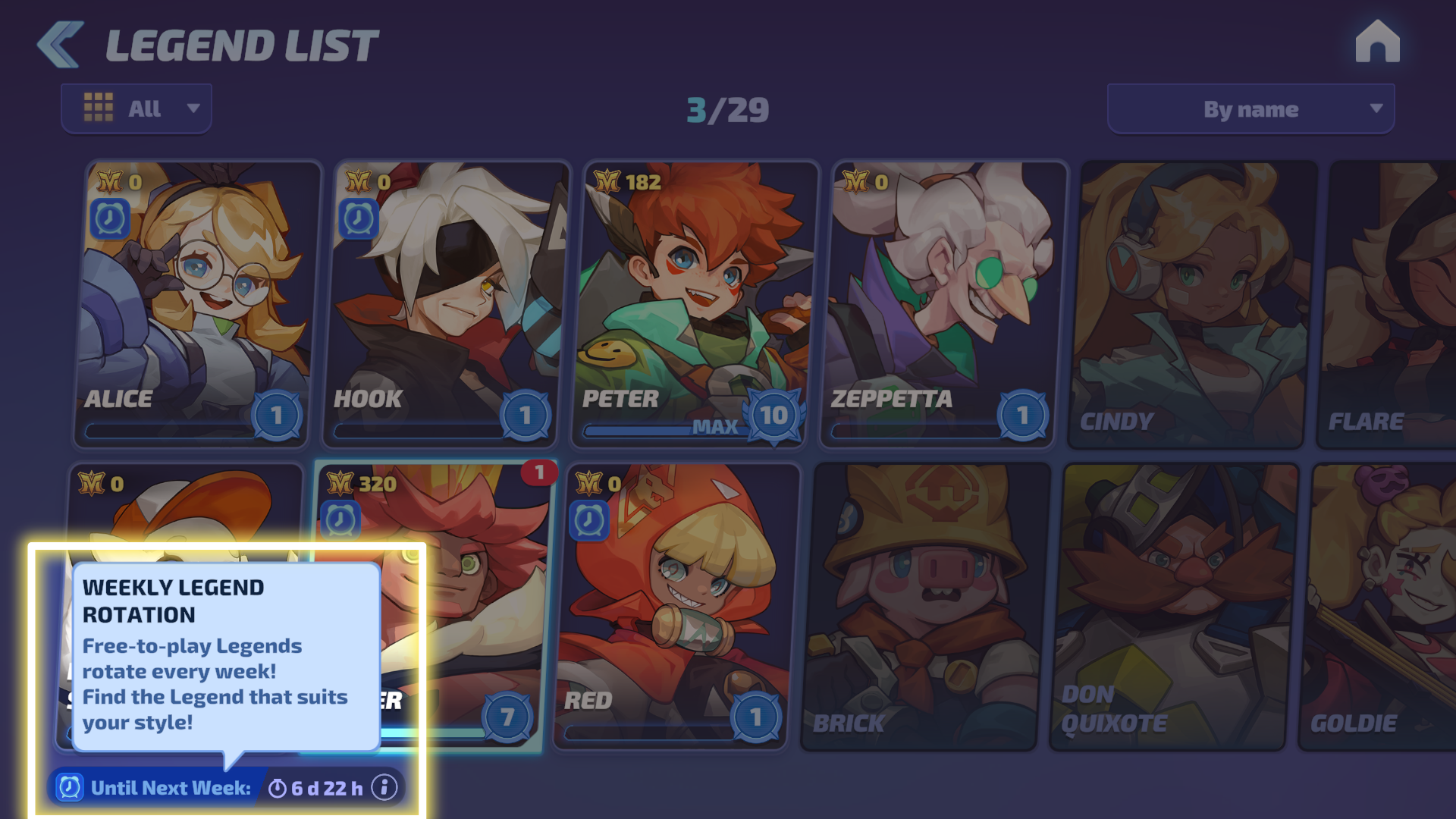 – Seasonal Trial Legends has been changed to Weekly Legend Rotation.
– Free-to-play Legends rotate every week. All Legend EXP and Mastery points earned will be kept.

■ Miscellaneous
– Fixed an issue where Flare’s Summer Theme Skin would not display its effects in the MVP cutscene.