On Tuesday, June 7th, the game will undergo maintenance for a new update.
Please keep in mind that you will not be able to access the game during maintenance. 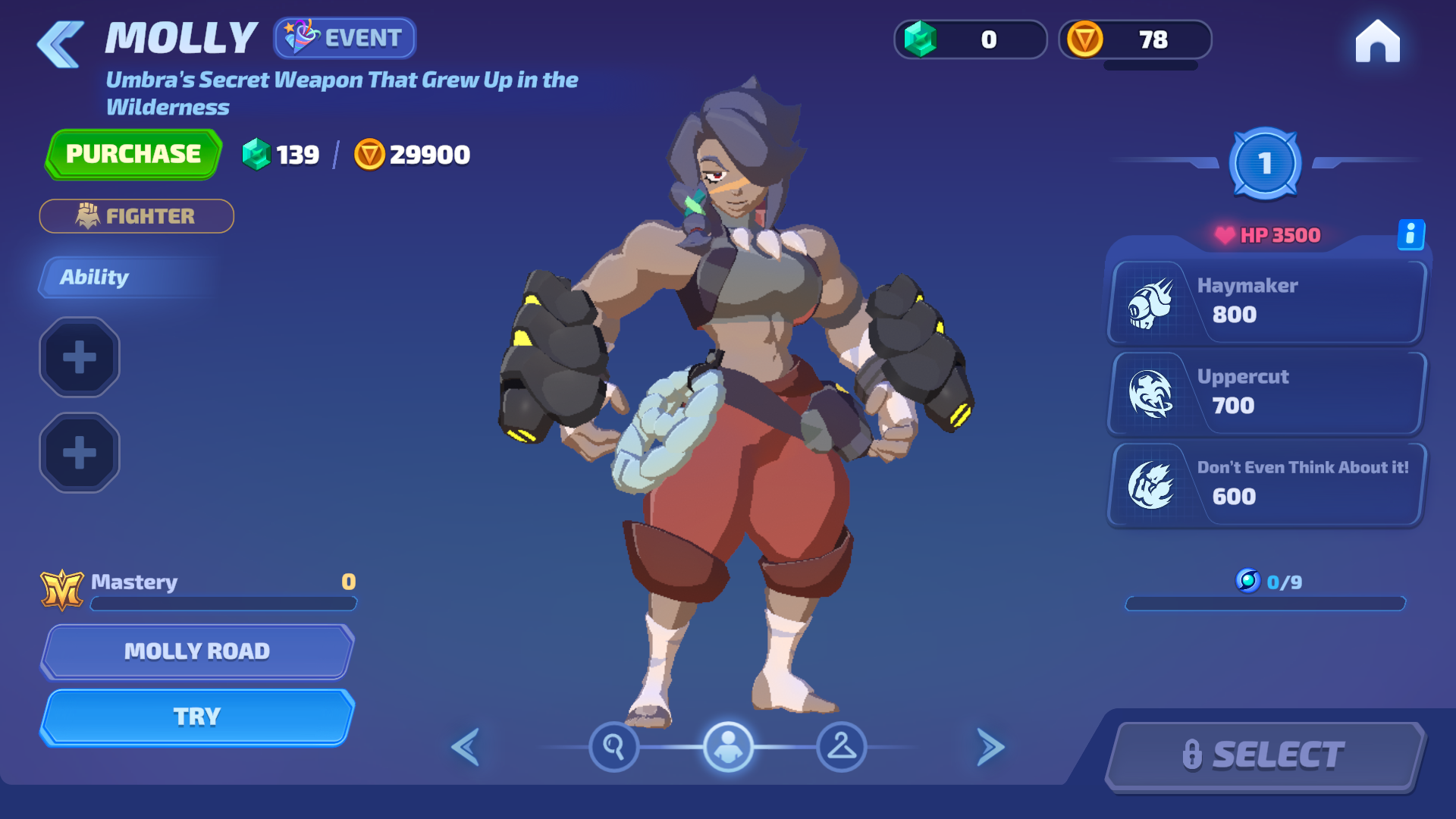 Molly, who had been living alone in the jungle, was able to come to Library World through the help of Witch Queen.
Using her wilderness experiences and sharp senses, she took on covert operations for Umbra and became a huntress
who instills fear in the hearts of those she encounters.

3) Don’t Even Think About it! (Ultimate)
: Molly will raise her gauntlets for 0.33 s, entering a defensive stance. When successfully defending, ignores damage from opponent’s attack and shoots off a shockwave that deals 600 damage.

1) Patience of a Hunter
: Delays Ultimate’s guard timing by 0.1 s, but increases gauge charge required for Ultimate by 22%.

2) Ready to Hunt
: Increases Basic Attack and Skill damage by 17% when Ultimate is available.

[How to Obtain Molly]

Molly will be available in the Shop for purchase with Gems or Credits. 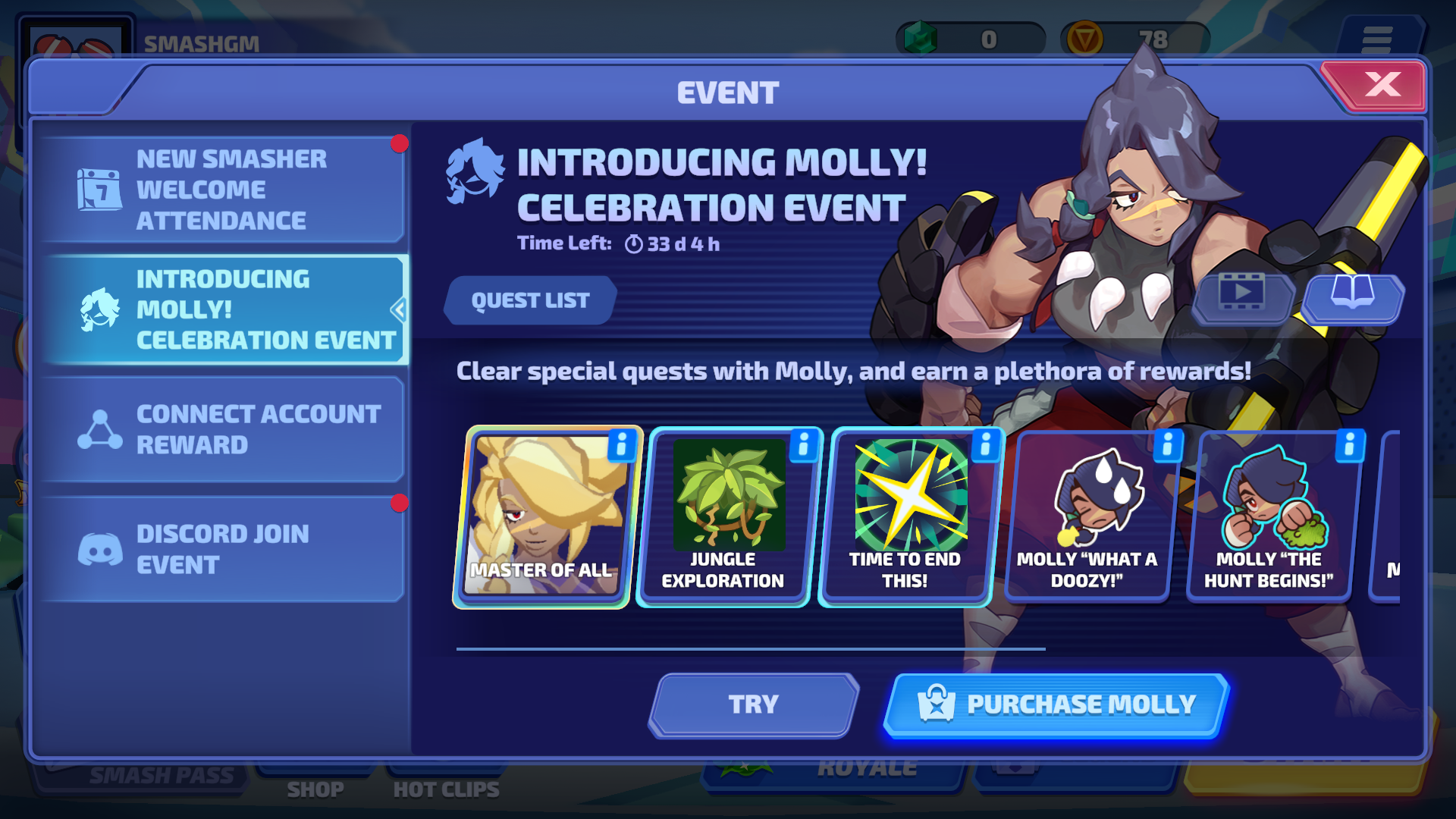 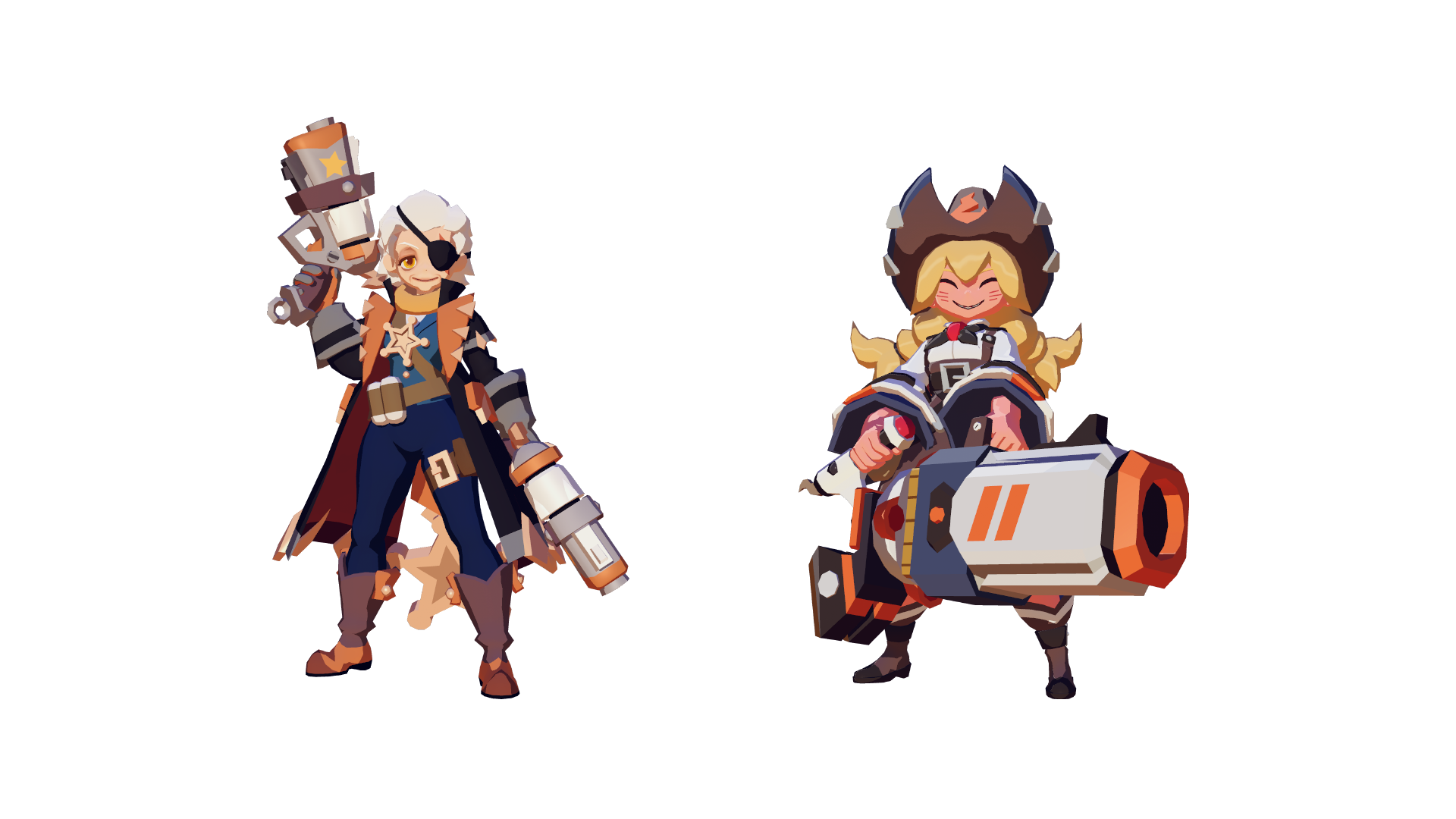 – Here are also new skins for other Legends! 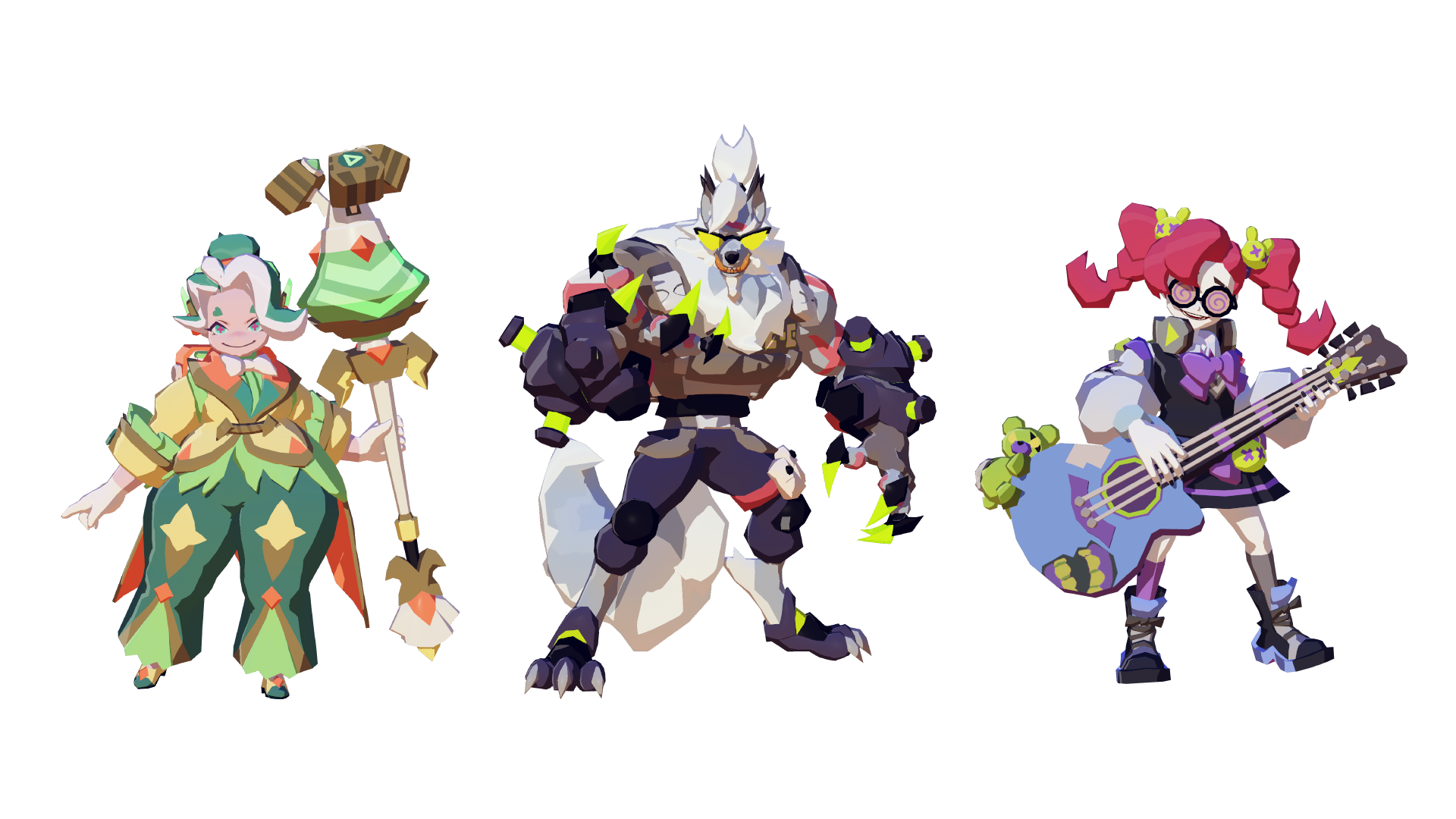 – The “Escort” mode that was available at the Arena Lab has been renewed into [Team Touchdown] and is added as a standard mode!
– Try out the redesigned Team Touchdown!

– Team Touchdown uses the same ruleset as Escort where the first team to push an escort target to the opponent’s goal wins. Work together with other Smashers to be victorious!

– Duo Touchdown, Runaway Train, Bomb War, and Mine Laboratory will be added as new slots in the Arena Lab.
– One new slot will open in order every Tuesday starting from June 7th 16:00 KST.

❗ Week 1 (After June 7th maintenance– ): Duo Touchdown
– Available as a 4 player, 2 vs 2 mode.
– The team that pushes the escort target in the center to the opponent’s base wins.

❗ Week 4 (June 28th 16:00 KST– ): Mine Laboratory
– Available as an 8 player, solo mode.
– Shares the same ruleset as Battle Royale, but with a special rule.
– An One-for-all Legend mode, where all players play as the mode-exclusive Legend.

– Please check out the “SMASH LEGENDS Library Guide” for more details regarding the modes!

✔ Note
– You will be able to earn double the Credit, regardless of the daily Credit cap.

■ Number of Max Friends Adjustment
– The number of friends any user can have now caps at 100.
– We have limited the maximum number of players you can add to your friends list to 100 in order to prevent potential problems that may arise as the game’s social features become more complex.
– Your friends list now displays up to 100 names in order of recent logins.

■ Team UI/UX Improvements
– The team management button has been moved to the right. You will still be able to create teams and invite players as normal.
– You can access the team chat through the team UI and the chat button at the top.
– A message notification sound when using chat has been added. 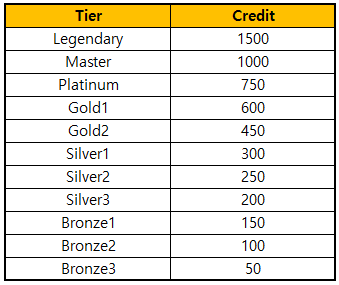 ■ Other
– An information tooltip has been added to the purchase confirmation popup to make information regarding products more visible.
– Progress will now be visible at the Chapter Quest and Event Quest results screen.
– Replays have been improved to be more accurate to fix an issue where they would differ from the actual game’s results.